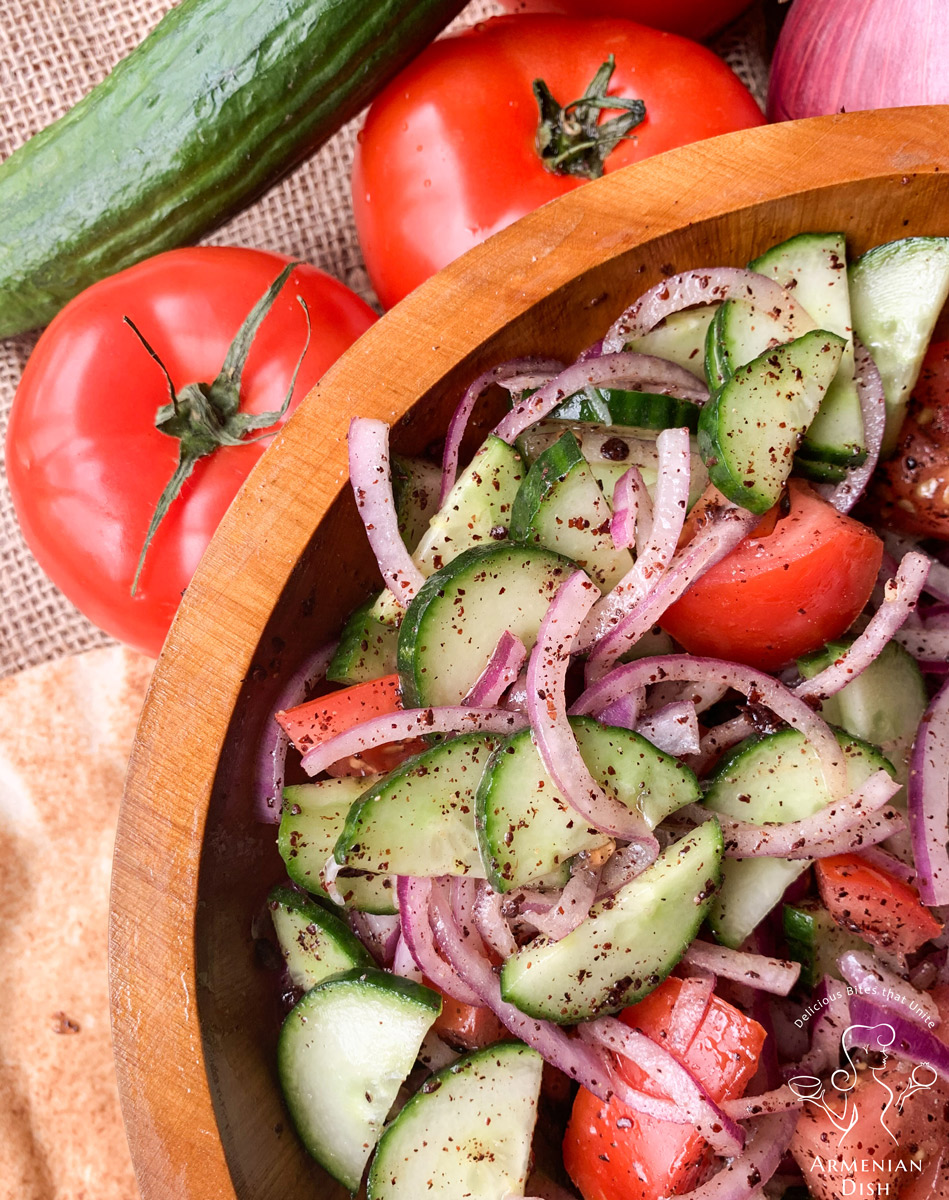 I absolutely love sumac. If you have never tried this spice, you must pick some up next time you’re in a middle-eastern grocery store! Sumac is a gorgeous, rich reddish-brown colour and it is derived from the ground berries of the sumac flower. It is zesty and brings a vibrant lemony taste to your dishes. Sumac can be sprinkled on soups and stews, is amazing in salad dressings and marinades for any kind of meat such as kebab or fish. In this blog post, I’ve made for you a simple sumac salad that really features this incredible spice as the star ingredient for the dressing. I hope you make this simple sumac salad and let me know how you like it!

As do most Armenians, my grandmother used sumac in her cooking all of the time and one our favourite dishes was a chicken wrap she used to make us. The shredded chicken meat was marinated in sumac and then she would roll and toast the sandwich and of course we would devour it. When I visit Adonis market in Toronto, I’m always drawn to their fattoush salad which also features lots of sumac. This salad is like a simplified fattoush with just tomatoes, Lebanese cucumbers and thinly sliced red onion. Super zesty, healthy and incredibly addictive.

Toss your tomatoes, cucumbers (English cucumbers work fine too!) and thinly sliced red onion into a large salad bowl. Mix your olive oil, sumac, salt and pepper– toss and serve! I even enjoy this salad as a garnish on top of a delicious kebab skewer wrapped in pita. Because there is no lettuce, I find that the salad keeps well for one day in the fridge as well, although it’s best eaten fresh.

Ingredients are as simple as it gets: 3 tablespoons extra virgin olive oil, 2 tablespoons sumac, 3/4 teaspoon salt and 1/2 teaspoon pepper. I am sure this will be a regular addition to your family meals and I hope to hear how you like it and become an avid sumac fan as well. Անուշ Ըլլայ!

This flavourful salad makes sumac the star ingredient in its dressing. It's zesty, with a lemony punch of flavour and super simple to make.

Toss all ingredients into a large salad bowl.

Mix dressing and then toss with salad vegetables.

Since there is no lettuce, I still enjoy this salad the next day. Use it on your wraps with falafel or kebab. 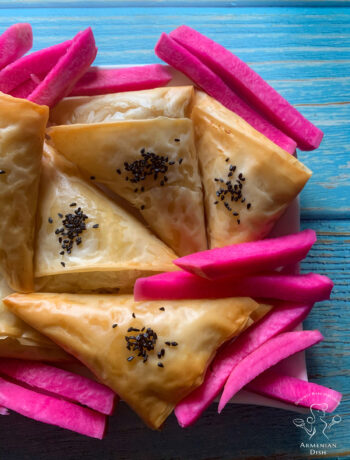 How to Make Armenian Cheese Boereg 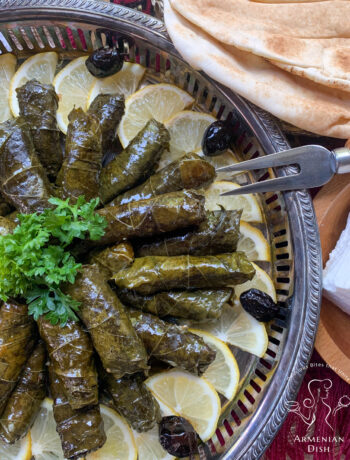 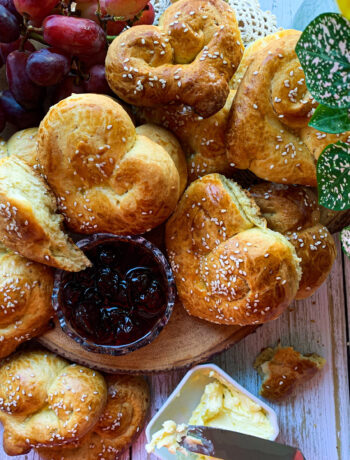 Welcome friends! I'm making Armenian food like my grandma used to make. Follow me for easy steps to creating incredible dishes from Armenia and the diaspora. Read More